5 Changes You Need To Know Before Filing Your Income Tax

Tax season is approaching and tax slips for 2017 will begin to roll in. With tax laws changing as quickly as your professional and personal circumstances, it’s easy to make mistakes that can end up costing you more in the end. As you start to collect your tax slips and prepare to file your return, note the tax law changes that may affect your filing this year.

On June 30, 2017 the government announced the elimination of the public transit amount, citing that the credit wasn’t effective enough in encouraging public using public transit and reducing greenhouse gas emissions. Instead of the individual tax credit, the government has announced that it will invest $20 billion over the next 11 years to improve transit across Canada. Though the credit ended mid-year, you can still claim a 15 per cent non-refundable tax credit for transit passes purchased between January 1 and June 30, 2016 on your 2017 income tax and maximize your return. 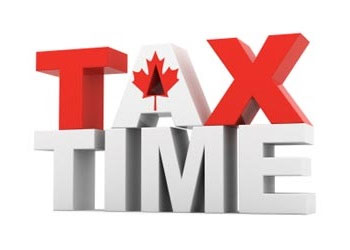 The bad news: the Children’s Fitness and Arts Tax Credit and the additional amount for children eligible for the disability tax credit will no longer be available for the upcoming tax season. In previous years, parents and guardians were eligible to receive credits for such activities as art classes, piano lessons, hockey and soccer.

Expanding your family? This year, during the federal budget, the government also announced a new tax break for those who have used assisted reproductive technologies over the past 10 years. Just be sure to keep your receipts if claiming these expenses.

Students, take note: on Jan. 1, 2017, the federal government eliminated the federal education textbook and tax credits, meaning that 2016 was the last year in which the students could make these claims. Some provinces are also following the suit, including Ontario, Saskatchewan, and New Brunswick, which are also eliminating the credit for tuition fees.

Fortunately, the federal credit for tuition fees continues, and students will still be able to carry forward any unused education/textbook amounts from previous years.

It is important to stay current on the new tax law changes in order to understand if these laws affect you and file accordingly.